USSSA Enter US Open Cup For The First Time 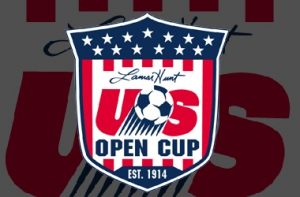 A Total of 68 Teams Will Compete for Quarter-Million Dollar Winner’s Share;

Location of Semifinals and Final to be Determined by Coin Flip

CHICAGO (March 5, 2013) – The largest field of teams and a significant increase in prize money highlight the 100th edition of the Lamar Hunt U.S. Open Cup, which kicks off May 7.

The 2013 tournament features 68 teams, an increase from the 64 that competed last year, marking the largest field in the modern era (1995-present). This year also marks the second-consecutive year in which all U.S. based Division I, II and III teams will participate in the tournament proper: 16 from Major League Soccer, six from the North American Soccer League and 12 from USL PRO.

Beyond the Division I, II, and III teams, the remaining 34 spots in the tournament field will be filled by amateur teams from the Adult Council category. There will be 16 from the Premier Development League, eight from U.S. Adult Soccer Association regional qualifying, eight from the National Premier Soccer League, one from US Club Soccer and one from the United States Specialty Sports Association. Entry deadline for all amateur teams is March 15.

The tournament will begin with the Play-In Round to be completed by May 7 and will culminate with the tournament final, which will take place on Oct. 1 or 2.

First Round
Number of Games: 18

Sixteen (16) winners from Second Round are paired against 16 MLS sides.

Number of Games: 8
Date: June 12
Sixteen (16) winners from Third Round face each other.

Date: June 26
Fourth Round winners face each other.

Quarterfinal winners face each other.

United Soccer Leagues Premier Development League – 16 places: The PDL will have the largest representation among amateur leagues. In 2012 the Michigan Bucks were the lone PDL team to reach the fourth round.

National Premier Soccer League – 8 places: The NPSL is a national amateur league affiliated with the USASA. Prior to last year, its teams participated via USASA regional qualifying.

US Club Soccer – 1 place: US Club Soccer is an organization member of U.S. Soccer. It was first represented in last year’s tournament.

U.S. Specialty Sports Association – 1 place: The USSSA is an organization member of U.S. Soccer. Its clubs will be participating for the first time in this year’s tournament.