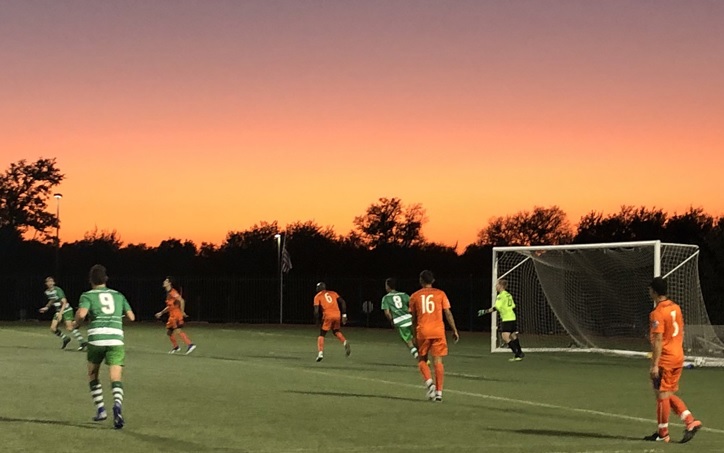 The Second Round of the Open Division Local Qualifying tournament for the 2020 Lamar Hunt US Open Cup is nearly complete. There were 23 games played with just one game postponed due to weather.

The winners advance to Round 3 which will take place the weekend of Nov. 23-24.

In a rematch of a 2019 qualifier, Celtic Cowboys Premier used a first half goal and a dominant second half to beat the San Antonio Runners 3-0. With the win, they advance to the Third Round of the Open Division Local Qualifying for the 2020 US Open Cup. The Runners fall to Celtic for the second straight year after letting in three unanswered goals in the second half of last year’s first round loss.

About 40 people watched at the University of Texas at San Antonio Recreation Field Complex as both teams battled for their first ever appearance in a third US Open Cup qualifier. The Runners came out pushing the ball into the Cowboy’s end but struggled to make meaningful shots. In the 30th minute, a run up the right side by Celtic’s Christopher Wright, the first round’s leading scorer, set-up a cross into the box. Dave O’Brien side shot the ball low, directly at goalkeeper Kyle Miller and it looked as though the teenager secured the chance under his hands. However, momentum pushed the ball through and into the net for the game’s first goal.

Things unwound for the Runners from there as Mostafa Kamal received a yellow not long after and the team could not challenge the Cowboy keeper. The second half fell out of the team’s hands as possession slipped from their grasp. Xavier Scarlett assisted Wright for his fourth goal of qualifying in the 67th before poor defense allowed Hasan Nhew to break past the back-line at midfield and beat Miller one-on-one in the 69th.

More chances by both teams, including a fantastic save by the Cowboy keeper late in the game to hold the clean sheet, saw the contest out. Cowboys have already outdone their inaugural tournament run last season, when they fell to Motagua New Orleans in the Second Round.

Azteca FC extended their winning streak in the qualifying phase to seven wins from seven played, beating fellow Colorado Premier League side FC Union Jerez by a 3-2 score, after extra time. With the win, they advance to Round 3 of the 2020 US Open Cup qualifying tournament. Azteca went into halftime leading 2-0 on goals from Adrian Gutierrez and Juan Simental. Union Jerez equalized it in the 90th minute. Azteca found the winner, in extra time, through Juan Simental’s second goal, to keep their perfect record intact.

Azteca is attempting to qualify for the US Open Cup for the third time in the last four years, but are still seeking their first tournament win.

FC Boulder Harpos advanced to the third qualifying round by defeating Colorado Rush, 6-0. Harpos had the game in control by halftime with four first half goals, the first by Jack Mayfield in the 3rd minute and two more by former MLS player Freddie Braun (23rd & 37th mins.) and a goal right before the break by Shane Wheeler (45th min.). Daniel Whittle added two goals in the second half to round out the scoring as Harpos earned their second straight shutout and their third straight win over the Rush in the qualifying tournament. It was a disappointing result for the Rush as the team is still mourning the loss of their teammate and former MLS player Colin Clark who recently passed away.

The biggest player on the day was a relentless wind which kept the game played near the ground for the first 20 minutes.

San Juan started the game a little more cautiously, but both sides had decent chances on goal throughout the first half. The second half saw the tempo of play rise significantly.

Cristian Molina Escobar would open the scoring in the 48th minute for the visitors. Rovers’ Ryan Pakieser got both hands behind the ball on Escobar’s right-footed shot, but the resulting deflection drifted over his head and into the side netting.

The Rovers immediately stepped up the pressure and an equalizer was found via Joshua Seger in the 65th minute. Both teams found yet one more gear as the race for the winner was on. From Jared Herselman’s 81st minute corner, Jacob Hanlin’s header found the goal to seal the victory.

With the victory, Rovers move on to a third qualifying round for the first time in their history.