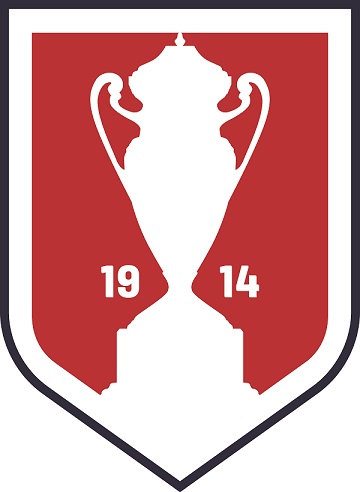 Any Amateur Team Affiliated with U.S. Soccer and Meeting Basic Criteria May Enter; Deadline to Apply is Monday, Aug. 12, 2019 at 2 p.m. CT

The history-filled annual tournament, currently at the Semifinal stage in its 106th year, is the only high-profile competition in American team sports where amateur sides have the opportunity to face professionals in meaningful competition.

Any team outside the professional leagues (Division I Major League Soccer, Division II USL Championship and Division III USL League One and National Independent Soccer Association) and outside of any amateur league that chooses the Open Division National Leagues track to enter the Open Cup (which the National Premier Soccer League and USL League Two have done in recent years, using league results from the previous year to determine their qualifiers) may enter the Open Division Local Qualifying track. To be eligible, a team must meet basic criteria spelled out in U.S. Soccer’s Open Cup Policy, including belonging to a club or league of any Organization Member of U.S. Soccer and competing in a league with at least four teams where each plays at least ten league games during the year. Teams may enter by submitting an official application and entry fee via an online portal at usopencup.com.

After certifying a team’s eligibility to participate, U.S. Soccer will process rosters for approval, arrange matches, appoint match commissioners and officiating crews, administer discipline, promote the games in advance and their results afterwards, and provide a clear path through the qualifying rounds to the final tournament.

Open Division Local Qualifying will be conducted on a single-game, knockout basis, with three rounds of matches in the fall of 2019, all scheduled for designated weekend dates.

All Local Qualifying entrants, regardless of level, Organization Member affiliation, or other attributes, will start on equal footing and must be able to host games in every qualifying round. Matches will be determined geographically to minimize travel time and expense, with random selection used when practicable to determine exact pairings. Home teams will be determined by coin flip and will be responsible for arranging the field of play, game balls, paying the officials, and other expenses relating to staging games, while each visiting team will cover its own travel-related costs (except for any portion of U.S. Soccer-subsidized airfare costs, if flights are necessary). U.S. Soccer will appoint the match officials.

A preliminary allocation of 2020 U.S. Open Cup First Round slots to each of the Open Division qualifying pools (i.e. Local Qualifiers and each National League entered) will be made shortly after the local qualifying entry deadline. The final allocation will be determined in January 2020 after the Division I, II and III professional leagues’ entry deadline on Dec. 31, 2019.

Some of the most magical moments in recent Open Cup history have been headline-making victories by local qualifiers. In 2012, Cal FC burst onto the scene with road wins over the Division III Wilmington Hammerheads and Division I Portland Timbers before falling in the Round of 16 to the then three-time defending Open Cup champion Seattle Sounders. In 2016, another Southern California side, La Máquina, reached the Fourth Round and pushed the LA Galaxy to extra-time before dropping a 4-1 result. A year later, amateur powerhouse Christos FC from Maryland earned a shock 1-0 win over the then-Division II Richmond Kickers as part of its run to the Fourth Round, where it led three-time Open Cup champs D.C. United briefly but ultimately fell after conceding three late goals. And this year, first-time qualifiers Florida Soccer Soldiers put their name in lights after a dramatic Second Round comeback in extra time to win in penalties against the Division II Charlotte Independence to reach the Third Round.

*   Belong to a club or league of any Organization Member of U.S. Soccer
*   Compete in a regular (i.e. on-going) league competition with at least four teams, with each team playing at least ten league games during the year
*   Provide a home field that meets tournament minimum standards for local qualifying (field at least 100 yds. x 65 yds.) for each qualifying round and identify that venue at the time of registration (see dates below)
*   Remain as a member in good standing in the same league from the fall of 2019 to the end of the tournament in 2020