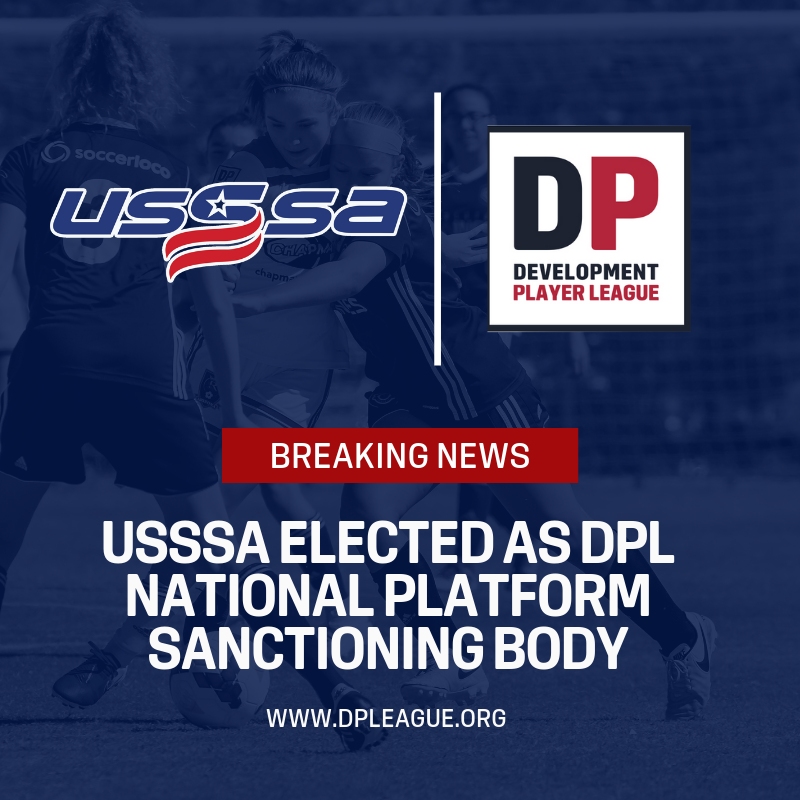 MELBOURNE, FLA. USSSA is to sanction the nationwide Development Player League (DPL), allowing players to continue along a pathway set out by U.S. Soccer Federation. The DPL is a supplement league assisting clubs across the country that compete at the highest level of the sport, primarily in the U.S. Soccer Development Academy for Girls.

Slated to start play in September 2019, the DPL Schedule will allow players to continue playing high school soccer while developing their technical and tactical skills through club soccer. This platform best fits players and clubs who value both programs for their development, while adding another level of play offered by member clubs.

“The focus is to create the best environment for our members and help build more pathways for players on a national platform with a goal of collegiate participation central to the structure” stated Barry Ritson, President of Development Player League. “Clubs from across the country will help foster and grow our league, which we believe is beneficial for member markets and programs.”

The league will kick off in three regions this fall (2019); West, Southwest and East. Continued growth is now in motion between new League Commissioner Sean Carey, DPL Member Clubs and sanctioning body USSSA.

“In speaking with Barry and Sean, the vision fits our model of organizations and individuals we look to align with.” Vice President of USSSA, Craig Scriven said. “Our mission as a member of U.S. Soccer is to support the growth and pathways available to players throughout the country and in working with the Development Player League, we achieve this.”

The Developmental Player League (DPL) was initially created through collaboration between the Southwest Division Girls DA clubs. The focus was to expand the player pool for the DA and align with some of the core US Soccer Initiatives. Through the success of the program the DPL has expanded into key markets for the 2019/20 Season and added some of the top clubs in the country. The DPL and will include the 2007, 2006, 2005, 2004, 2003, 2002/2001 age groups. Learn more about the DPL by visiting here; www.dpleague.org. Contact DPL; sean@dpleague.org